Peru: Nazca Lines, Trip From Arequipa And Ending In Lima

Live Peru in a different and unique way, we wait for you!

About Lima: Lima is the capital of Peru located on the arid Pacific coast of the country. Although its colonial center is preserved, it is an overflowing metropolis and one of the largest cities in South America. The Larco Museum houses a collection of pre-Columbian art and the Museum of the Nation traces the history of ancient civilizations in Peru. The Plaza de Armas and the 16th century cathedral are the core of the old center of Lima.

Nazca Lines: The Nazca Lines, in southern Peru, are a group of pre-Columbian geoglyphs that extend into the sands of the desert. They cover an area of almost 1,000 square kilometers and there are around 300 different figures, which include animals and plants. They are composed of more than 10,000 lines, some of them 30 meters wide and more than 9 kilometers long. It is easier to see the figures from the air or from nearby mountains.

About Arequipa: Arequipa is the capital of the colonial era of the Arequipa region of Peru. It is surrounded by 3 volcanoes and has baroque buildings built of sillar, a white volcanic stone. In its historical center, there is the Plaza de Armas, an imposing main square, and to the north of it is the Neoclassical Cathedral Basilica of the 17th century, which houses a museum exhibiting works of art and religious objects.

Our Nazca Lines Trip from Arequipa and Ending in Lima include the classic Nazca Lines flight.
We offer you a good bus service that features large bed-like seats and air conditioning.
In Nazca, we take a scenic flight over one of the most mysterious deserts of our planet.
During the flight, you will be able to see perfect representations of animals and hundreds of straight lines.

Day 1: Bus ride from Cusco to the City of Nazca.
Day 2: Arrival in the city of Nazca – Flight over the Nazca Lines – Bus to Lima

Day 1: Bus ride from Cusco to the City of Nazca.
20:30 h. Our driver picks you up from your hotel in Arequipa and transfers you to the bus station.

At the station, we take a tourist bus to the city of Nazca.

The bus will arrive in Nazca the next day, therefore you will spend the night on the bus.

Day 2: Arrival in the city of Nazca – Flight over the Nazca Lines – Bus to Lima.
Upon your arrival in Nazca, our local guide will meet you at the bus station.

Afterwards, we drive to the Nazca airport to take the flight over the Nazca Lines.

At the airport, our guide will assist you with the check in.

Our tour package includes the classic flight that lasts 35 minutes.

For this aerial tour, we use a small, Cessna aircraft which has spacious room for 5 people, each one gets a window seat.

Our pilot will give each participant a Nazca Lines Map that will be very helpful during the flight.

Among the animal figures, you will see a representation of a monkey, a spider, a whale, a parrot and other creatures.

Likewise, you will see various birds, such as a condor, a hummingbird, a parrot and a heron, as large as 3 soccer fields.

Probably, the most bizarre of all, is the figure of the Astronaut, a strange drawing with big eyes.

Unlike most of the figures, this human image was made on a hillside, maybe representing a god.

Additionally, we will also find geometric shapes and hundreds of straight lines, which run in all directions.

Take into account that the pilot will fly the plane in circles over each figure.

We fly first on the left side and then on the right side, giving passengers an equal opportunity to view each figure through the window.

Finally, your plane lands in Nazca and we transport you back to the bus station.

Services included in the prices:
Not Included:


More information about dates and prices upon request. 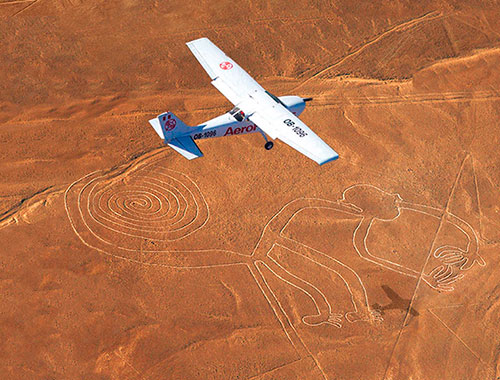 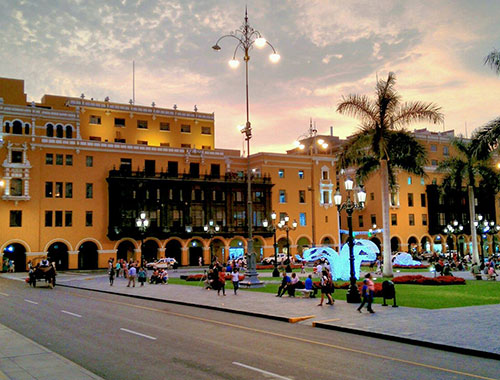 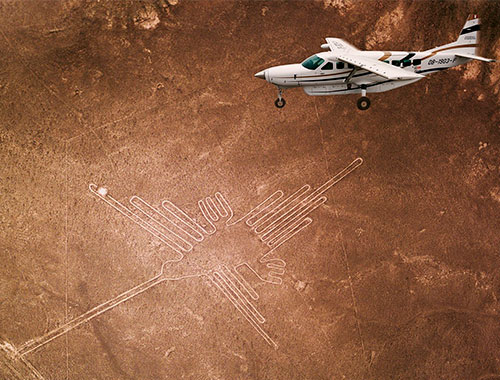 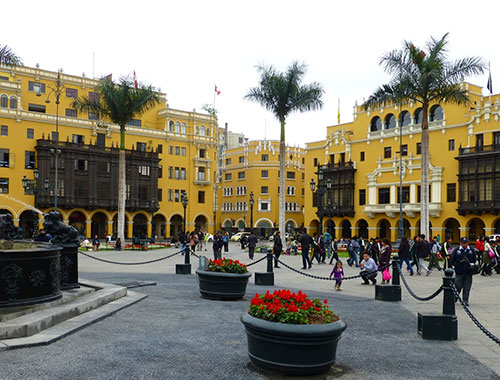 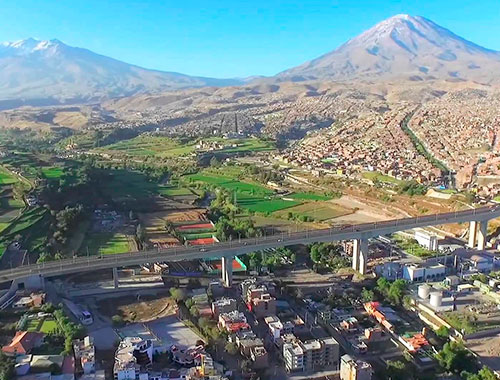 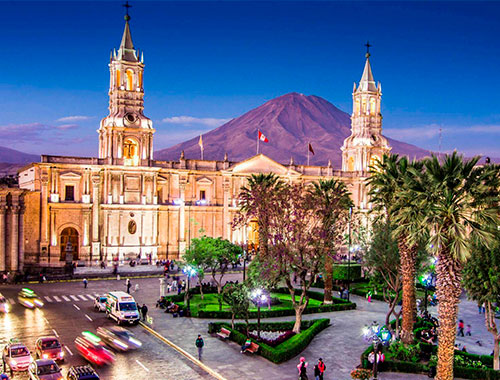 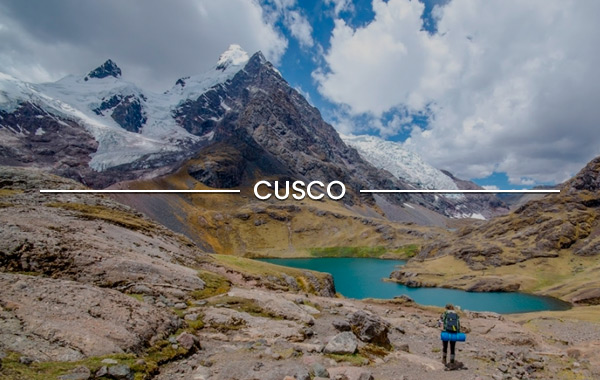 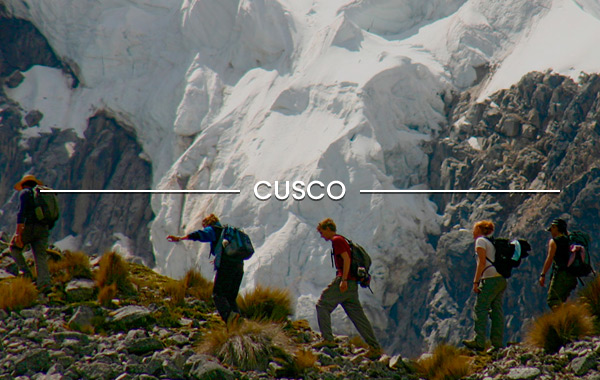 The Salkantay trek to Machu Picchu 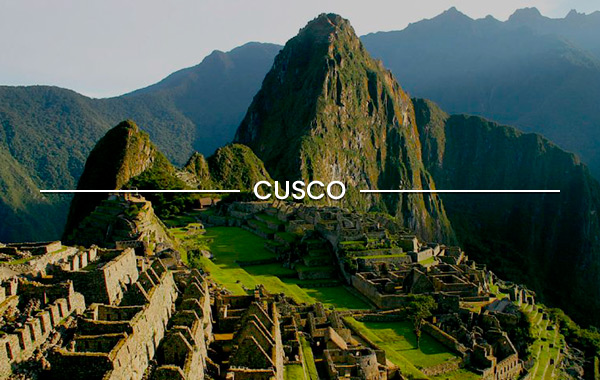